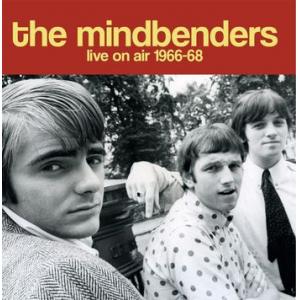 From their huge success with Wayne Fontana and The Game Of Love in January 1965, Manchester group The Mindbenders were a guaranteed success story. However in 1965, Fontana took a solo route and left the band midway through a live show in 1965. While many groups may have collapsed under the pressure, The Mindbenders suddenly found a new lease of life when they struck gold with A Groovy Kind Of Love, a song that has become synonymous with the ‘Swinging 60s’. It was this, and several other follow-up singles that prompted their numerous BBC sessions from 1966 to 1968.

London Calling very proudly presents The Mindbenders in session for the BBC with host Brian Matthew. Includes a wealth of revealing interviews and exclusive recordings, and charts the group’s journey as pop stars and the developing talent of songwriter Eric Stewart. Professionally re-mastered original broadcasts with background liners and rare archival photographs.