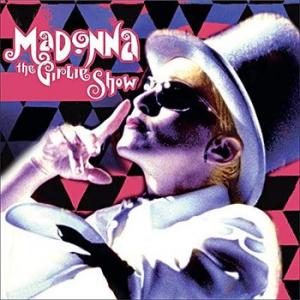 Madonna, 'The Girlie Show' live at the Fukuoka Dome, Japan on 8th December 1993

In support of her sexually charged Erotica album, Madonna embarked on her fourth world tour in 1993, entitled The Girlie Show. A blend of cabaret, circus, burlesque, disco and more, it found her performing many of her best-known songs, igniting controversy wherever it went.

The Japanese leg consisted of eight rapturously received performances in December, opening with three at the Fukuoka Dome. The second of these was recorded for national TV broadcast and is presented here in full, together with background notes and images.