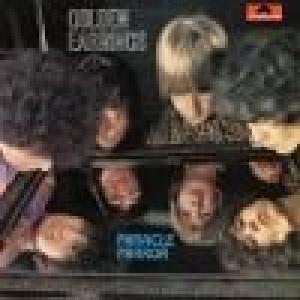 Miracle Mirror is Golden Earring's third album and is recorded after the band made a few changes in their lineup. Rhythm guitarist Peter De Ronde had left the group and lead singer Frans Krassenburg was replaced by Barry Hay. This meant that Miracle Mirror is a very different album than its two predecessors. One thing that the three albums do have in common is that they are all very much reflecting what's going on in the British music scene at that moment. In case of Miracle Mirror this means that psychedelia dominates, like the folkie "Gipsy Rhapsody", the blues-influenced "Must I Cry?" or the grand scale pop number "Crystal Heaven". After 45 years this album  still sounds spot-on and has gracefully worn the test of time!""

A1  The Truth About Arthur
A2  Circus Will Be In Town In Time
A3  Crystal Heaven
A4  Sam And Sue
A5  I've Just Lost Somebody
A6  Mr. Fortune's Wife

B1  Who Cares?
B2  Born A Second Time
B3  Magnificent Magistral
B4  Must I Cry?
B5  Nothing Can Change This World Of Mine
B6  Gipsy Rhapsody"