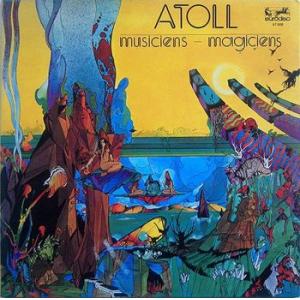 Atoll is one of the most renowned progressive rock bands to came from France and is also the only French band that had an English vocalist in its lineup. Atoll released five studio albums in all, and "Musiciens Magiciens" is their first, originally released in 1974. Featuring a unique, almost symphonic sound, with dynamic and melodic arrangements, Atoll are sure to appeal to fans of Genesis, and Yes, as well as fellow countrymen such as Mona Lisa, and Pulsar. Reissued in a deluxe gatefold jacket on 180 gram vinyl.