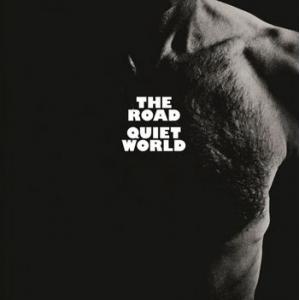 Formed in Lancashire in 1969 around the nucleus of three brothers, John, Lea and Neil Heather, also known as The Heather Brothers. Quiet World was a studio recording project best known for being the first album to feature future Genesis guitarist Steve Hackett and with a guest appearance from Steve's brother, John.

As was common practice in those early days The Road is a conceptual album and in this case flavored with religious leanings (actually based on the cult book by L.H.Dowling entitled "The Aquarian Gospel of Jesus the Christ".)

Steve Hacket delivers an amazing array of sublime lead guitar to provide touches of colour to the framework of the music. You can even hear, at this early stage of his career, how much he would eventually influence the music of Genesis.

The individual songs are all beautifully composed bursting with pretty melodies and nice two part harmonies which are well delivered by vocalists Lea and John Heather. As mentioned earlier the subject matter of the lyrics are of a religious nature and as such this fact might put some people off, but not with-standing that fact the music is very catchy with nice hooks and it all has a distinctly "Sing Along" appeal.

The Road is an impressive concept progressive rock album, this Quiet World's sole LP is still a hugely in demand collector's item.