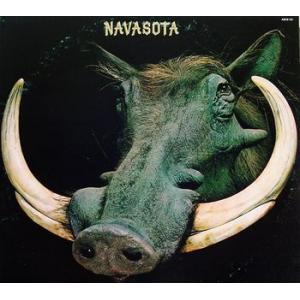 The Year was 1969. The new Blues Rock music had taken the country by storm, and five lads from Southheast Texas had their own vision of how to create this sound. Steve Long (guitar), Ray Pawlik (guitar), Dicky Sony (vocals), Lindsey Minter (drums), and Paul Minter (bass) formed the band Navasota! By 1972, Navasota had signed a record deal with ABC Dunhill Records, and they were off to Los Angeles to record the album Rootin. This album was produced by Gary Katz, and Donald Fagen and Walter Becker of Steely Dan fame! Such artists as Skunk Baxter and Mark Volman and Howie Kaylan, from the Turtles, were featured on the album, and Donald Fagen also played piano on some of the songs, Fagen and Becker even wrote the song "Canyon Ladies" for the Track listing
Western Boots
$2 Bill
Ballad Of A Young Man
That's How It Is (Playing In A Rock & Roll Band)
Canyon Ladies
Ole Slew-Foot
I'm Leavin'
P. Farm
Heat Of The Night
Spring Creek