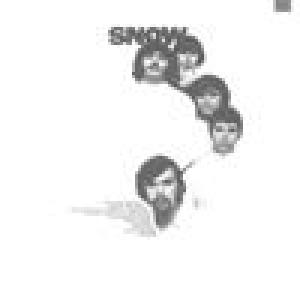 Released on the Epic imprint in 1968 (BN26435), the sole, eponymous release by the Cleveland, Ohio outfit Snow, although being very much a record redolent of the period, is also an album of two halves. On the original record, side 1 kicks off with the band's attempt to infiltrate the singles chart with 'Where Has My Old Friend Billy Jones Gone', a folk-psych effort featuring a female vocalist brought in for the occasion, and who's influences clearly included Grace Slick amongst others. The side builds momentum, with its melodic harmonies and short, incisive guitar solos setting the scene for the brilliant Englebert and the clever tempo changes of 'You Let Me Know'. Side 2 is even better, starting with piercing guitar on 'Song Of The Sirens' and culminating with the outstanding 'Caterpillar' which, in the space of three minutes, escorts the listener through a plethora of sound effects, key changes and bold experimentation which still sounds as 'cutting edge' as anything comparable from the period. The band's songs often surface on compilations, but this is the first reissue of the entire album in more than 30 years.
Track listing: 1. I Know You 2 .It's A Long Time 3. I Am What I Am 4. Sunrise 5. If I Could Be With You 6. Sit And Watch The Sunshine 7. Baby I'll Be Yours 8. Send Out A Smile 9. Who Knows What We May Find 10. Waiting For Summer 11. I BelieveIn You