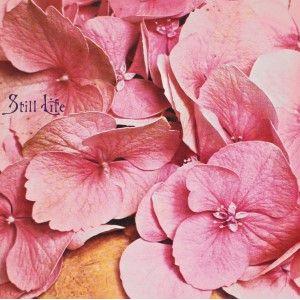 Mini-LP CD
Still Life was one of several excellent young groups signed to the exciting new Vertigo label that championed progressive rock in the early Seventies. While up against rivals like Black Sabbath and Juicy Lucy, Still Life deserved to be noticed because of their top class musicianship and stylish lead vocals.
The group evolved out of a Coventry based outfit called Rainbows. ‘Still Life’ was their only album and serves as an intriguing slice of rock history. Some critics have compared them to heavy rockers Deep Purple and Uriah Heep, thanks to the power of Terry Howell’s Hammond organ.
Still Life was adept at blending str ong melodies and vocal harmonies, which can be enjoyed on the six tracks that comprise an album first released in 1970. Powerful showcase numbers like ‘People In Black’ and ballads such as ‘Don’t Go’ typify the kind of dynamic performances that once enlivened the British rock scene.
A must-have CD for all those fascinated by the roots of Prog Rock.
· Original vinyl artwork in square CD · digi sleeve format (card wallet - no plastic) plus inserted fold-out poster. · Booklet with authoritative and extensive liner notes by respected author and journalist Chris Welch. · Expertly remastered - superb sound.
Track listing: 1. People In Black 2. Don’t Go 3. October Witches 4. Love Song No. 6 5. Dreams 6. Time