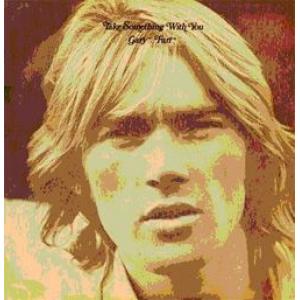 This double CD set marks the long-overdue first reissue of Gary Farr's classic 1969 solo debut, one of the best and rarest singer-songwriter albums to emerge from the UK underground. Having torn up innumerable R&B clubs with the T-Bones, by the late 1960s Farr had gone in a more pastoral, progressive direction. A superb set of reflective acid-tinged ballads, the album finds his soulful voice ably backed by his 12-string guitar and supporting musicians including members of Mighty Baby and the Blossom Toes, as well as Meic Stevens. It's presented here together with a plethora of non-LP 45s and previously-unheard demos, as well as a booklet featuring rare photographs, historical liner notes and personal memoirs from Meic Stevens and Farr's long-term partner, Carinthia West."

5. Take Something With You""