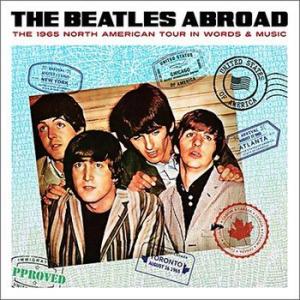 The Beatles, live at Shea Stadium on August 15th 1965, during their North American Summer Tour

The Beatles' Summer 1965 tour of North America - including a record-breaking appearance at New York's Shea Stadium on August 15th - was covered on behalf of the BBC by the veteran pop broadcaster Brian Matthew.

Travelling with the band between August 15th and 20th, he enjoyed good access, despite the hectic circumstances and upon his return to the UK prepared The Beatles Abroad.

Originally transmitted on Monday, August 30th - a bank holiday - the fascinating documentary is presented here together with background notes, images and a very special bonus track of interviews.