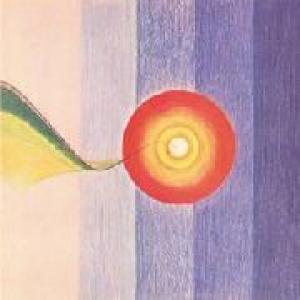 The Long Trip was a progressive psych album by Kuni Kawachi's Happenings Four group augmented with one extra "guest" member; Mizutani Kimio and hence the "+ One" tag. Released in 1971, this was their last album and after having dabbled with various styles such as Latin, Classic, Soft Rock and Underground, this album is their finest. Although they started out as a GS outfit, this last album is far removed from their humble origins. This entire disc is fantastic Japanese progressive rock with heavy organ and superb electric guitar leads from Mizutani. Unusually it was a concept album about the life cycle of the Human Being (from Birth to Death). Happenings Four were one of the most interesting Japanese bands having survived from the heydays of the GS era and mutated into the progressive Japrock of the early 70s. In fact they were pioneers of this period by using vocal harmonics laid over progressive psyched out moves."