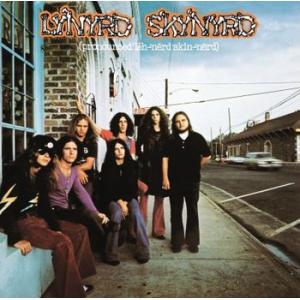 Released in 1973, Pronounced 'Lĕh-'Nérd 'Skin-'Nérd is the debut album of legendary pioneers of Southern Rock Lynyrd Skynyrd. They brought together all the best elements of Southern culture – Blues, Country, Garage Rock, Southern poetry – and created a gumbo of Southern sounds and flavors as none had done before.

There are few debut albums that sound as raw and determined as Pronounced... does, and this is largely due to the hard, lean edge that Lynyrd Skynyrd bring to the music. The album features the songs "I Ain't the One","Gimme Three Steps" and "Free Bird", what would become a worldwide rock anthem.

Music On Vinyl is proud to present this album, which marks the birth of a great band that spawned an entire genre.