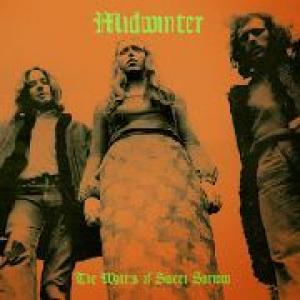 Midwinter's now legendary status in the field of acid-folk had only been established when their 1973 demo recordings were unveiled to a wider audience twenty years after their conception. Until then, Midwinter had existed only in local knowledge and in the shadows of Stone Angel, the post-Midwinter outfit whose privately pressed LP from 1975 has since commanded deserved attention by fans and collectors alike. Also included in this retrospective edition is the earliest known recordings by Midwinter/Stone Angel front-man, Ken Saul taken from his highly rare and sought-after debut single from 1970.