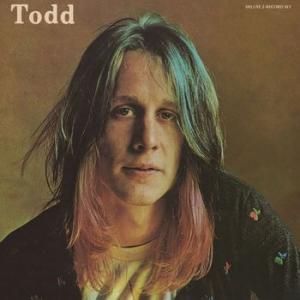 Music On Vinyl presents Todd Rundgren the A Wizard, A True Star series. His fifth studio album Todd was an expansion on the experimentation music of his previous album A Wizard, A True Star. Some of his finest pop tunes can be found on this album, like “A Dream Goes on Forever” and “The Last Ride”. The layered sound of guitar solos and pop tunes are well blended with his growing fascination for synthesizers. A mastermind as Todd is he created an incredible piece of music. The 17th tracks counting record is on all levels one of his most ambitious projects and can't be missed in any pop or experimental music collection.

Todd is available as a limited edition of 1000 individually numbered copies on gold coloured vinyl. The package includes an insert (50 cm x 25 cm)