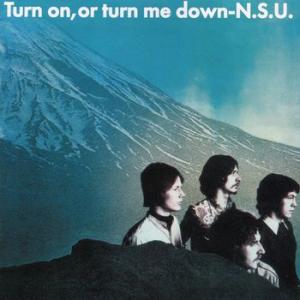 An air of mystery surrounds this album, even the label on which it was released. The label only lasted one year, but during that spell it released a handful of great albums. One of those was "Turn On, Or Turn Me Down", the only album made by psychedelic blues rock band N.S.U..

This gritty quartet came from Scotland, and taped their sole album of acid-fried blues-rock in February 1969. Featuring a raw, crude production, fine psychedelic guitar leads and hoarse vocals, it is now regarded as a lost hard rock classic, but sank without trace on release that summer, and they split soon afterwards.