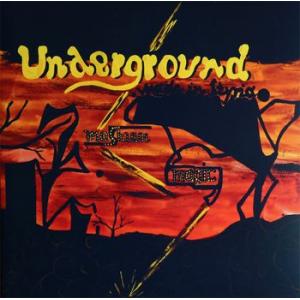 We are proud to announce the long-awaited release of “Underground made in Styria”, which is the RAREST AUSTRIAN LP ever to be released (Only 1 copy exists).

This is a double LP by the Austrian psychedelic bands MASHUUN and MAGIC 69, recorded live in Styria, Austria in 1973.

MASHUUN whose members hailed from bands such as Mephisto, Magic 69 and Music Machine, delivered a kind of music that was once described by local newspapers as “ ranging from electric guitar pieces over electronic effects and Tone Painting to aggressive rock” while MAGIC 69, originally formed as a beat-rock band, dwell in crude heavy psych-rock drenched in guitar & Hammond solos, including a good cover of King Crimson’s “Epitaph”. Both bands showcase an array of talented musicians exploring new sounds and breaking boundaries. In two words, what we have here is an uncut diamond from the past. The music is raw, spontaneous and often surprising. Remastered by ex MASHUUN & MAGIC 69 members Petrus Wippel and Andi Beit.