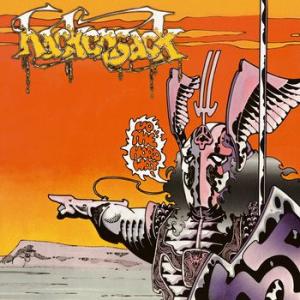 With a name taken from a Thelonious Monk album track, Hackensack became in the early 70s one of Britain’s hardest rocking and hardest working acts and are still remembered fondly today by those who experienced their unforgettable, powerhouse live shows. "Up The Hard Way" was their debut album, recorded in late ’73 at De Lane Lea Studios, Wembley , and released the following year on the Polydor label, housed in a fab sleeve by Jim Fitzpatrick.

Musically, it’s a varied album which goes from hard–rock to blues and rural rock.

Includes a 8–page insert telling the comprehensive history of the group from their Gas Avenue roots in 1969 to 2019, plus many rare photos and memorabilia.

This is the first ever official vinyl reissue, a must for all fans of a band who deserved to be as big as Free, touring with them twice, yet ultimately let down by Island Records.