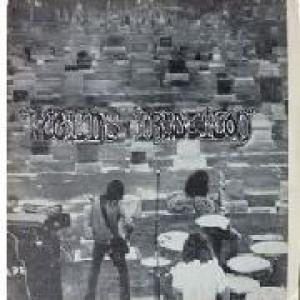 An obscure band that has nonetheless attracted attention from record collectors (more for the fact of their obscurity than any other reason), Agape was a hippie-era psychedelic hard rock act that used the music of youth rebellion to spread the gospel of Jesus Christ. Fred Caban was a young guitarist from Azusa, CA, who became a born-again Christian shortly after graduating from high school in 1968.""

The band added keyboardist Jim Hess and released Victims of Tradition in 1972, which featured a more progressive approach, as well as a front cover that pictured the group performing in a graveyard."