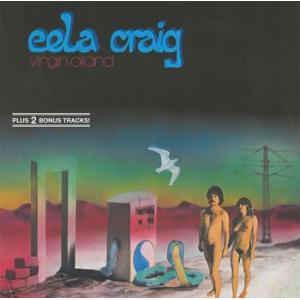 Eela Craig from Linz are known for their symphonic art rock with lots of organ and Mellotron. An original copy of their first album from 1971 is today a collectors’ item that’s hardly affordable. After releasing three more CDs and throwing out Hubert Bognermayr, they set up a sinfully expensive sound studio in a former farm, which also became their home. The recordings for ”Virgin oiland” were thus made unhurriedly in a relaxed environment during two months of intensive work. The Schlote concert agency from Salzburg took over the marketing and granted the licences to the Ariola-Eurodisc GmbH, where the LP was released with a high circulation in June 1980. And now the first CD edition of ”Virgin oiland”, with two bonus tracks, namely 7” single tracks which are not to be found on any LP as yet. A vinyl new edition is not planned.