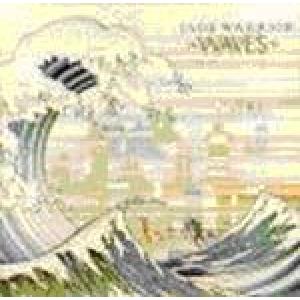 On August 29th 2006 Eclectic Discs are pleased to release the classic albums recorded by the legendary JADE WARRIOR for Island records between 1974 and 1978. The duo of guitarist Tony Duhig and virtuoso flautist and woodwind player Jon Field were signed to Island records in 1974, following the recent break up of the four piece Jade Warrior (who recorded three albums for Vertigo records between 1970 and 1973). Island founder Chris Blackwell signed the duo upon the recommendation of Steve Winwood, declaring Jade Warrior to be "an ornament to my label". Blackwell gave Duhig and Field access to unlimited studio time to create four albums that were later hailed as instrumental masterpieces, all of which fused ethnic African and far eastern influences with superbly innovative rock guitar playing by Tony Duhig.

"Waves", featured Steve Winwood on piano and synthesiser throughout. Criminally shortened when released as part of the "Elements" anthology by PolyGram in 1995, the Eclectic remastered release is the first unedited appearance of the album on CD.

All the Eclectic reissues have been remastered from the original master tapes and feature extensive liner notes, deluxe slip case packaging and fully restored artwork.