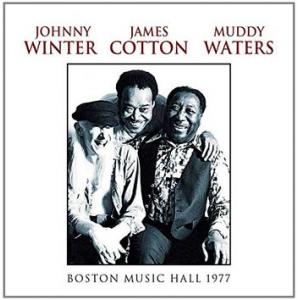 At a point in time when Johnny Winter had only recently recovered from past addictions and blues giant Muddy Waters had faced a decline in his career with illness and the collapse of Chess records in 1975, it was Steve Paul of Blue Sky records who would appear as saviour to both musicians. The results of his investment soon paid off and Winters childhood dream to play alongside his hero Muddy waters was soon realised. Waters' comeback album was a return to his original Chicago sound. Its raw, expressive feel harked back to his Chess Records days, and the outstanding musicianship and intimate exuberance exceeded all expectations, earning Waters a Grammy in the process. The Hard Again tour combined the respected powerhouse of Waters, Winter and Cotton with musicians from the Hard Again sessions. Hard Again cast a further four albums with Blue Sky before Waters would leave in 1983. Although this particular collaboration was short-lived, it has provided blues fans a rare opportunity to indulge in the work of two hugely important musical figures whose respect for each other is evidently unflinching.