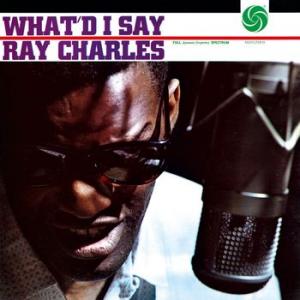 The release of the 1959 Ray Charles album What'd I Say popularized Charles' first top 10 hit, “What I'd Say” and became his first Gold record. The tune was written on the fly by the American singer, songwriter, pianist and composer during a 1958 live show. Ray Charles was performing one night in December 1958 and when they still had 15 minutes left on the clock to perform, their entire catalogue had been covered and he had to come up with a quick solution in order to save the show and get paid. That's when Charles started to improvise and played the very first taste of the now-legendary “What'd I Say”.

The album What'd I Say also features “Rockhouse”, “Roll With My Baby” and “Tell All The World About You”.