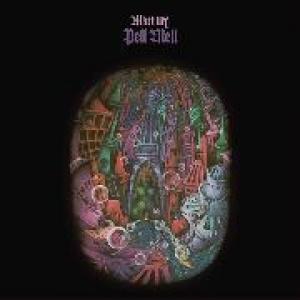 This is the first album of one of the best German Krautrock-Symphonic group, Pell Mell. Originally released in 1972 on Bacillus/ Bellaphon Records Marburg saw an unique combination of psychedelic and progressive sounds, complex and lyrical with subtle classical touches handled in a manner rivalling the best Italians of the era. (The Crack In The Cosmic Egg). Colourful, swirling Hammond organ, violin played by Thomas Schmitt with great virtuosity, mellotron, flute and guitar characterized Pell Mells sound. The opening piece "The Clown and the Queen" - one of the albums highlights - blasts the ear canals with the boisterous power of the Hammond organ and "wild" singing. The adaptation of Czech composer Friedrich Smetanas "Moldau" is of timeless beauty and melancholy, resting in itself, carried by violin and Mellotron. "Friend", the last title on the first side, really puts the foot down, until the sound of a lovely flute is heard all of a sudden, followed by polyphonic singing in the style of Gentle Giant and a furiously played organ setting the tone in the end. Side 2 begins with "City Monster", reflecting the multifaceted atmosphere in a large city and ending in a bombastic final. "Alone" takes you back to the early Black Sabbath and their doom-metal-sound. Impressive, ominous and fierce! The changes in theme have everything on offer - from a heavy up to a subtle and passionate violin solo - another highlight and the finale of a first class debut album. The Album comes with reproduction of the original Cover and with insert including band story and never seen before photos and the first band poster (under the name Pell Mell Ltd.). A highlight!"