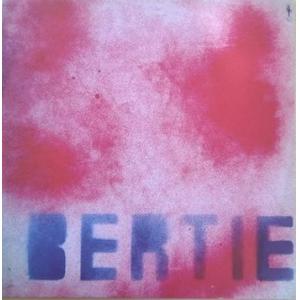 A mad Kinks-influenced underground progressive masterpiece. It's as if Noel Coward, Hawkwind, The Incredible String Band, Neu, The Bonzo Dog Doo Dah Band and The Kinks were scrambled together in a disastrous Star Trek teleportation accident. In 1970 the Berties took over a crumbling mansion in the wilds of Wales, made this LP, sent it to John Peel, and never left. They remain in Wales to this day. 'Algy Lord Grey' is a deranged subversive and witty concept album about a man's descent into ruin.

In the early seventies Algy and pals decided to musically "get it together in the country" and went to Wales where they stumbled upon the gorgeous abandoned mansion Plas Llecha.

They moved in and began recording, living in primitive but beautiful surroundings - and remained in Wales forever. Bertie was hand made each with unique covers, and a copy was sent to a baffled John Peel who wrote back to the band and later gave them a live Peel Session slot. Bertie is a specific form of naturally eccentric brilliance, drawing on an anarchic british tradition that encompasses James Joyce, The Goons, Hawkwind and Monty Python.

Undercurrents of genius later transformed into actual genius with their next band The Great Crash. From 1971 - 1974 they developed a beautiful melodic Art Rock and recorded 30 tracks in the mansion, Piano led and sometimes reminiscent of Elton Johns best early compositions, with a dash of 10cc, and a Deja Vu vibe.

The insular circumstances of their lifestyle and spacious digs seem to have allowed their musical spirits to flourish. An exec at Parlophone got wind of their music and signed them up, but, as with their Peel session, they just couldnt work in the sterile studio conditions, and the sessions ended in disaster as the band fled back to their beloved Welsh Idyll.

Unbeknownst to themselves and the world at large, the Great Crash sessions from Plas Llecha, are pure gold dust, and represent rhe great Lost Classic of British Rock. A missing piece in the tapestry of British music. Their 1972-1973 unissued double LP ' Deadfire Echoes' is scheduled for a Jan 2022 release on Seelie Court.