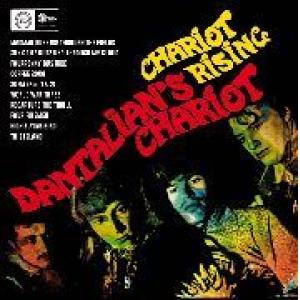 Zoot Money's Big Roll Band was one of the biggest live acts in Swingin' London. They where among the top stage bands playing their mixture of mod jazz/soul/R&B in the most popular clubs and released a bunch of excellent 45's and two fantastic LPs. But by 1967 a new breeze was blowing and bringing winds of change into the music scene. Bands like The Pink Floyd, Tomorrow or The Soft Machine had ignited a revolution in sound, and Money saw it was the time for a new move. Along with guitarist Andy Somers (a.k.a. Summers, later of The Police) and drummer Collin Alen from the Big Roll Band, plus bassist Pat Donaldson, he formed Dantalian's Chariot and hit London's psychedelic underground clubs with a new sound and looks (the band dressed in white and painted their instruments and amps also white, so they'd give an impressive image when a psychedelic light show was projected upon them while in stage). They recorded one of the best singles of the era: "Madman Running Through The Fields", wich coupled with "Sun Came Bursting Through My Cloud" became their only release back in 1967. However, as the legend of the band grew, rumours of existing recordings made in 1967 for an unreleased LP spread among collectors and afficionados, until they finally became true when UK label Tenth Planet released the sessions as "Chariot Rising" in LP format in 1995, and its brother label Wooden Hill put out the CD version one year later.

When Dantalian's Chariot split that same 1967 its members would go to other important bands such as Eric Burdon and The Animals, The Soft Machine, Kevin Ayers, Stone The Crows, Focus, John Mayall's band, a.o.

Andy Summers, of course, later went on to international fame when he joined forces with Sting and former Curved Air drummer Stewart Copeland in The Police.

Now at last again available in vinyl format through Wah Wah Records, issued under license from Zoot Money and featuring a cool period-style colour sleeve, front laminated and with backflaps , plus an insert with info and photos.

Ultra limited edition of ONLY 500 copies on a nicely front laminated cover w/backflaps."