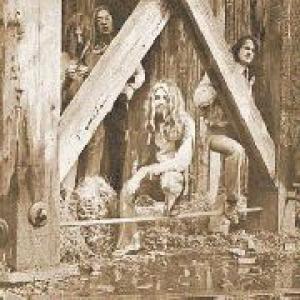 In the mid 1960s Champaign became the epicenter of a regional music explosion and a Mecca for professional musicians. In March of 1968 the Finchley Boys lineup was established that led the way in blues-oriented and original progressive music. George Faber , Larry Tabeling, J. Michael Powers, and Garrett Oostdyk took their innovative sounds and dynamic stage show to new fans in virtually every college campus, concert hall, and teen center in Illinois. Other Midwestern states followed - Indiana, Iowa, Wisconsin, Missouri and Ohio - and then on to New York, Toronto and San Francisco. One of their most highly-acclaimed shows, reported on the front page of the Chicago Tribune as the concerts breakout performance, was as one of the top acts at the Kickapoo Creek Rock Festival. Joining them were Canned Heat, B.B. King, Delaney and Bonnie, and other music legends on that Memorial Day weekend in 1970. Known for their great live shows and theatrical antics - including a live boa constrictor five years before Alice Cooper made it famous - the Finchley Boys were considered ahead of their time. "

They started recording in the fall of 1968 and throughout 1969. Those songs would not be heard until 1972 with the release of Everlasting Tributes. This is the first ever official reissue. Killer guitar-driven heavy psychedelic album with some blues tinges and an overall garage feeling. From the only surviving original 1/4" master tape. Reissue is strictly limited to 200 copies. It shares the original cover and labels artwork. Extras: a) 2 previously UNRELEASED tracks, recorded in 1972 (same time with the album's mastering work). b) 12-pages, LP-sized and fully coloured, booklet with band bio, photos, memorabilia and lyrics. c) A big, rarely seen, F.B. poster (40x50cm) d) 2 reproduced 60'-70's release-cards. e) Blue sticker (like on the original release) is present too. Fully authorized and licenced by the band. 180gr vinyl as usual. PVC protective outersleeve."