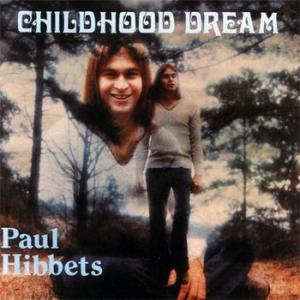 Paul Hibbets hailed from Rome, Georgia and had a childhood dream to release an album by the time he was 25. The resulting Private pressing album, originally released in 1974, is a superb slice of dreamy Christian folk/psych rock with fuzz and keyboards and has been favourably compared to Azitis and Joe Peace."

There is plenty of huge swirling organ reminiscent of Focus especially on "How to Love You" and "Resurrection Perfection". That West coast country Allman Brothers / CSNY feel on "On The Way Back Home" and "A Better Day". However there is a strong commercial folk rock feel throughout which would have provided some good AOR FM plays with "Glory Lady", "Echoes" and especially the excellent Doobie Brothers influenced "Manifestations". There are plenty of fuzz licks and breaks throughout and especially on the standout track "Love God's Little Children". The musicianship also has a high degree of consistency throughout and these factors all add up to make this album stand out as one of the very best Christian rock albums."

It is presented here for the first time on CD."

As with all Erebus Records titles this was remastered at the legendary Abbey Road Studios."