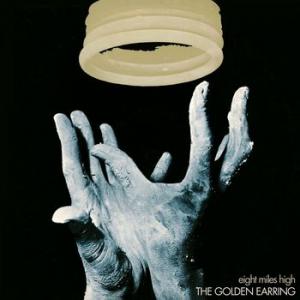 Eight Miles High was the first album released under the name Golden Earring, as the band was formerly known as the Golden Earrings. They recorded the album in the style of the late '60s psychedelic rock in only 5 days at the Olympic Studio in London. The effects of the psych-rock come alive on their fantastic 19 minutes version of The Byrds classics "Eight Miles High". It's the longest track they ever recorded. The other songs follow the mood of the dark and atmospheric music that was hugely popular during the time of release.

Eight Miles High is available as a 50th-anniversary edition of 1000 individually numbered copies on gold vinyl.