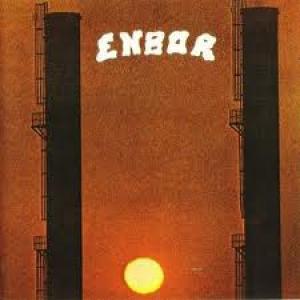 Another Basque group that benefited from the dislocation of Franco's regime in 75. Indeed the "ethnic" minorities were not really allowed to express their difference under the fascist leader's dictatorship and once Spain became a democracy, the three Basque Provinces claimed more autonomy, not only political but cultural as well. And a bunch of popular folk rock groups appeared on the scene, singing their freedom in their native tongue and probably pushing the spirit of independence as well, much like what was happening in Quebec at the same time. Within a couple of years, groups like HAIZEA, ERROBI, ITZIAR, IZUKAITZ, LISKER, ENBOR , GURE BIDEA and EIDER all appeared on the scene over the next three years, claiming their freedom in the folk rock vein, although everyone of them cultivated their own sense of identity.

In this regard, ENBOR was one of the most original, being a sextet, including a wind player, which induced some jazz tendencies. They released two albums on the inevitable Elkar label (the other being the Xoxoa label), the first eponymous in 78 presenting some rather conventional songs (in spite of the frequent use of clarinet), but heavy on the Basque spirit. After losing half the group, ENBOR reconvened without a female singer, but adding a keyboard player and a second sax player, and in 1980 recorded their second album, Katebegiak, which left much more space to the music, including a sidelong title track.

In terms of more international folk prog, ENBOR can't easily be likened to UK groups as they have really their own sound. Should I name one, I'd say THE PENTANGLE (more electric, though) mixed with the better-known Basque group ITOIZ (sax player Carlos Jimenez playing in both groups). Like most of their "compadres" (if the Basque will allow me), ENBOR folded at the turn of the decade when the nationalism took on a violent form with ETA, with only ITOIZ surviving most of that dreadful 80's decade. (progarchives)