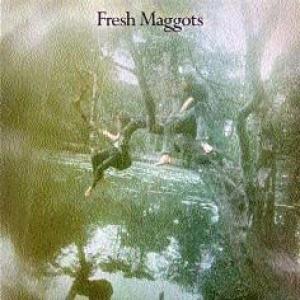 Long established as a cult classic and collectors grail, Mick Burgoyne and Leigh Dolphins sole album is presented here with their full co-operation. Recorded in 1971 when they were just 19 years old and fresh to the studio, Fresh Maggots is one of the best distillations of folk and psychedelia ever recorded. Combining gentle, pastoral songs with violent fuzz guitar, its a highly unusual and powerful record that enjoyed extravagant acclaim on release. Despite selling poorly, it has gone on to acquire a major reputation amongst acid folk fans, who will be especially eager to hear the seven bonus tracks included here (including the duos rare non-album single and a previously unheard live radio session from 1971). The package is rounded off with rare photographs and detailed sleevenotes, making this is the most comprehensive collection of their music ever assembled.