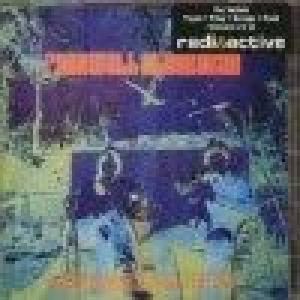 Timely reissue of this late '60s folk/psych classic from husband and wife team Jerry Yester and Judy Henske. Yester had previously enjoyed an element of fame courtesy of his stint with The Loving Spoonful, but following the band's demise in 1969, he set about producing this little gem with acclaimed folk singer Henske and a bunch of pals which were said to have included Ry Cooder and David Lindley. Farewell Aldebaran, which is often heralded as a one of the most proficient and creative albums of its genre, with Henskey's incredible range of vocal styles (during her short solo career she had effortlessly made the transition from comedian to folk singer and then on to an accomplished rock singer) elevating the album to a higher plane. Her mind-blowing vocals on the opening track, the hard-fuzz Snowblind, gives an early clue to Henskey's talent and range, and although this particular vocal style only features on the one song, the sheer diversity of her singing makes every track on this highly original and experimental album a unique experience. Yester and Henske attempted to scale the same artistic heights with their next collaboration, Rosebud, but sadly, it was not to be, and Yester, fearing that he had already peaked as a musician, turned his attention to production, working with other Californian bands and singers of the time including The Association, The Turtles, Tim Buckley and Tom Waites. Farewell Aldebaran is the latest in a succession of '60s classics to be given the Radioactive treatment, and is sure to be avidly received by collectors everywhere. Highly recommended
Track Listing:
Side 1 1. Snowblind 2. Horse On A Stick 3. Lullaby 4. St.Nicholas Hall 5. The Three Ravens 6. Raider 7. Mrs Connor 8. Rapture 9. Charity 10. Farewell