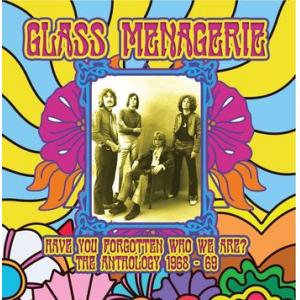 The Glass Menagerie emerged in the late 1960s, in the Lancastrian backdrop of Burnley in the north of England. A move to London in 1968 led to a handful of singles with Pye before changes within the band marked a new chapter under Chas Chandler. A rapidly changing music scene and a lack of investment eventually took its toll on the band who split at the tail end of the decade. From 1968 to 1969, they recorded five singles, and various sessions for Top Gear, Saturday Club and host Brian Matthew. The majority of songs from these live sessions, would be heading towards their unreleased album. Have You Forgotten Who We Are presents a missing link in the British psychedelic phenomenon, and provides a precious glimpse into the world of ‘Frederick Jordan’ and what might have been. Professionally re-mastered original sound recordings with expansive liners, interviews and rare memorabilia.

Top Of The Pops September 1968