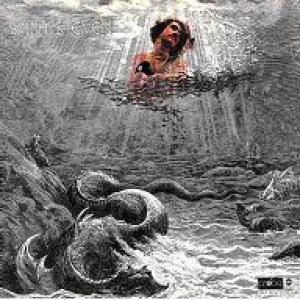 Rare album, first time ever released on CD. With Steven Cataldo ex- Ultimate Spinach. Previously unseen photos in the booklet.
At last this classic of sixties American acid rock makes its official debut on CD. The brainchild of original Ultimate Spinach member Steven Cataldo, the album is a fine example of the "Boston" sound of 1969 and was conceived and recorded against the backdrop of social and political unrest of America in the late 1960's. With the Vietnam War at its height and the assassination of Robert Kennedy a recent memory, this legendary album juxtaposed fine rock music with audio excerpts from US television news and is a true one-off. With master tapes thought to have been lost, an exhaustive search by Eclectic Discs has resulted in the discovery of the master in an archive in England. Re-mastered from the original tapes and including 2 bonus tracks and featuring a booklet annotated by Steven Cataldo (with previously unseen photographs), Eclectic Discs is proud to present "Over the Hills / The Bastich" to a new and discerning audience, an album sure to receive attention in the quality music press.
Tracklist: Over the Hills: Over the Hills Animal Hall Gladacadova Poor Small Ay-Aye-Poe-Day Grey Skies Over the Hills The Bastich: Bastich I Voyage to Cleveland Sun in the Flame Bright Lights Louisiana Home Bastich II + BONUS TRACKS: My Sunday Love Where has the Time Gone