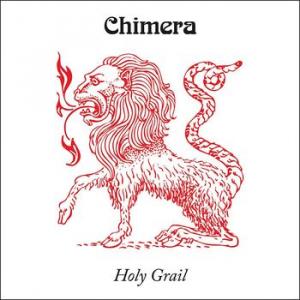 The Beatles, Pink Floyd, David Bowie – cousins Francesca Garnett and Lisa Bankoff rubbed shoulders with them all in the late 1960’s, and perhaps it should come as no surprise that a little stardust rubbed off on the two girls.

Musically ambitious, they came close to being signed to the Beatles’ Apple label (although John, Paul and Ringo were in favour, George passed, thus vetoing the deal) before being taken under the wing of Pink Floyd drummer Nick Mason and signing to Monty Babson’s fledgling Morgan Bluetown label.

Morgan Bluetown was a side project to the Morgan Music studio, which in the late 1960’s was one of the UK’s top studios, attracting in 1969 alone the likes of Led Zeppelin (“Led Zeppelin II”), Free (“Tons of Sobs” and “Free”), and Jethro Tull (“Stand Up”).

The label was able to offer its artists free time in the studio when it wasn’t otherwise in use, and a kernel of highly talented individuals coalesced to form a tight production team. Amongst them were Wil Malone, who has gone on to be one of the world’s most highly regarded arrangers, having worked on Massive Attack ’s “Unfinished Sympathy”, the Verve’s “Bitter Sweet Symphony” and Adele’s “19” album amongst many others, and Mal Luker, who went on to engineer for the likes of the Kinks, Amon Duul and Placido Domingo. Chimera was in the wonderful position of being able to draw on the studio’s home grown talent and to augment this with established stars such as their manager Nick Mason, who not only produced many of their recordings, but played drums on “The Grail” and brought along his Pink Floyd colleague, Rick Wright, to play harpsichord on “Lady With Bullets In Her Hair”. Future Fleetwood Mac guitarist Bob Weston also played on a number of tracks. Due to a variety of mishaps, the album wasn’t released at the time, although apparently Hipgnosis, designers of Pink Floyd (and many other) album sleeves, had prepared a front cover for it, and the musical underground was rife with rumours of this legendary lost masterpiece of acid folk/baroque psychedelia. But now, at last, the album is out on its originally intended label.