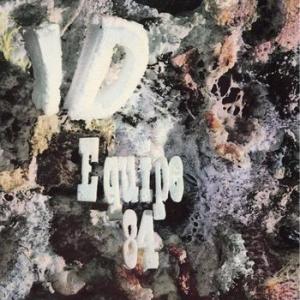 1970's ID was the first entirely self-penned album by Italy's biggest Sixties band Equipe 84. This definitive reissue on RPM International celebrates its Mellotron-enveloped and orchestrated beauty. Jumping off from The Beatles' white album, it's the progressive pop album The Moody Blues never made. ID was a prime influence on Italian progressive rock legends PFM.

The reflective ID was recorded in the wake of their drummer's arrest for drug possession. Because of this, they were banned by national broadcaster RAI and ID became a sought-after, expensive rarity as a result.

As a special bonus RPM International's reissue of ID includes as extras all the original tracks the band recorded for their 1966 Io Ho In Mente Tealbum and their 1968 Stereoequipe album. These bonuses were also issued as singles, including the legendary 1966 hit "Auschwitz"

Although well-known for recording Italian-language versions of British and American songs, their own material was formidable, mixing the baroque with a yearning sensibilty enhanced with strings, sitars and exotic percussion. This is the essential Equipe 84 - their own voice.

This is the first time Equipe 84 have been reissued outside Italy apart from some limited Japanese CDs, now long deleted.