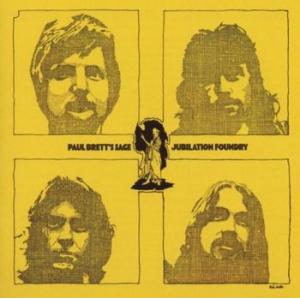 Respected guitarist and singer-songwriter Paul Brett began his career in the 1960 s by performing on records by Arthur Brown and Tintern Abbey among others. After guesting on the acclaimed Magic Shoemaker album by Fire in 1970 he signed to PYE Records as a solo artist, recording the classic Paul Brett Sage the same year. Following the acclaim of the album, Brett formed the band Sage and recorded the first of two albums for PYE s progressive imprint, Dawn. Jubilation Foundry was more rock-based in focus, tapping into the new Progressive Rock movement. A long sought after album on vinyl, the release of Jubilation Foundry on CD is long overdue. Remastered from the original master tapes, this Esoteric Recordings reissue joins the albums Paul Brett Sage and Schizophrenia to make the entire Paul Brett Sage catalogue available on CD in the UK for the first time. "