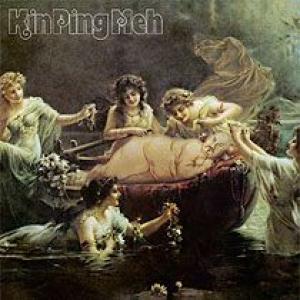 Kin Ping Meh is a guitar and organ laden (with mellotron) hard rock/psych band whose name is taken from a 16th century Chinese poem (it means "Plum Blossom Branch in a Golden Vase"). Though pretty much hard rock most of they time, they show many strong Beatles influences, a la John Lennon, in particular. The self titled first album, originally released late in 1971 as a quintet. Pop magazine described the album as ...eight melodious and catchy pieces. Perfectly produced and smoothly coordinated from a technical point of view, the album by Kin Ping Meh will easily become a commercial success.