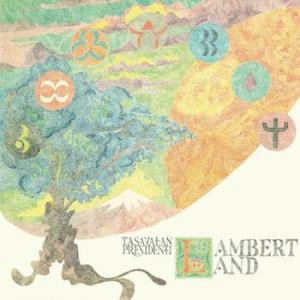 Reissue of 3rd album from 1972. Tasavallan Presidentti (in English President of the Republic) is a Finnish progressive rock band. It was founded in 1969 by guitarist Jukka Tolonen and drummer Vesa Aaltonen. Other founder members were Mans Groundstroem (Bass) and Fran Robson (vocals) previously of Blues Section. Juhani Aaltonen (saxophone/flute) had earlier played in Soulset; he was replaced in 1970 by Pekka Poyri. Eero Raittinen replaced Robson as a vocalist in 1972, the same year as the album Lambertland was released in the UK. The album was a tight fusion of jazz and folk rock with highly inventive and imaginative lyrics.