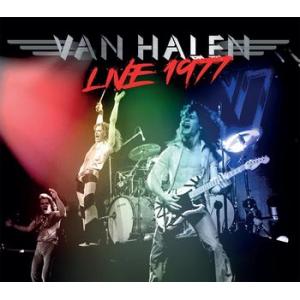 The million-selling, mega-success story would be just around the corner when Van Halen hit the Civic Auditorium in their native Pasadena in October 1977. At a time when MOR, disco and punk was killing off rock’s dinosaurs, these Pasadena kids ripped up the rule books and FM playlists, and bludgeoned whatever lay in their path. They’d only just finished recording their debut album and the energy levels were still on high for their blistering performance here. By the time of their return from their 1st world tour in December 1978, they were on their way to becoming superstars and taking rock ‘n’ roll to its next inevitable level. Rox Vox proudly presents the entire, top quality KKBQ-FM broadcast of Van Halen’s legendary, incendiary performance from the Civic Auditorium, Pasadena in October 1977. ‘Explosive’ doesn’t touch it! Professionally re-mastered original FM broadcast with background liners, interviews and rare archival photos and memorabilia.