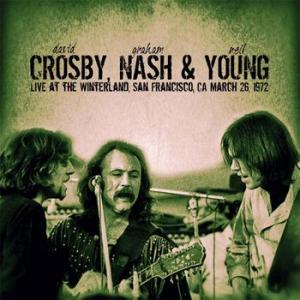 Having temporarily split from Crosby, Stills, Nash & Young, David Crosby and Graham Nash were firmly established as rock superstars in early 1972. They’d both released solo albums in 1971, before touring successfully as a duo.

In March they accepted an invitation from Bill Graham to perform an acoustic benefit for prisoners, shortly after completing work on an album together. The set they played features material from that, as well as earlier classics, and includes an extensive guest appearance from Neil Young. Originally broadcast on KSAN-FM, it’s presented here with background notes and images.