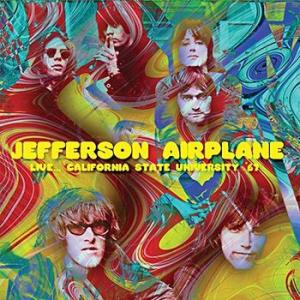 Iconic psychedelic rockers, Jefferson Airplane take you back to the Summer of Love. This recording features the bands Cal Poly at San Luis Obispo concert on 19 May 1967 and was broadcast live by KLIV-FM. This was a pivotal year for the band, with the release of two seminal acid rock albums, Surrealistic Pillow (February 1967) and After Bathing At Baxter's (November 1967).

So, turn on, tune in, and drop out to the sounds of the mighty Airplane!