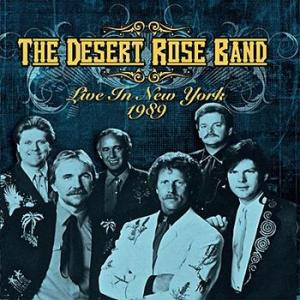 The Desert Rose Band, live at the Ritz, New York in January 1989

As a founder member of The Byrds and The Flying Burrito Brothers, Chris Hillman requires no introduction to fans of folk and country-infused rock. Launched in 1985, his Desert Rose Band blended bluegrass with traditional country and country-rock, as well as topical lyrics.

Originally broadcast on syndicated radio, this superb live set performed at the Ritz, New York followed the release of their classic second album, Running, and finds them at the peak of their powers.

It's presented here together with background notes and images.