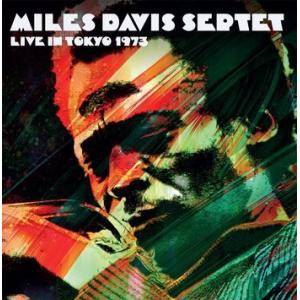 The early-to-mid 1970s marked perhaps the most unique and radical period in Miles Davis career. With bands such as Sly & The Family Stone and Parliament/Funkadelic becoming increasingly popular, Davis began to draw considerable influence from their up-tempo, electronic funk sound. By 1973, Miles was showing little sign of slowing the pace of his extraordinary workload that had continued unabated from In A Silent Way up to On The Corner and he continued to tour relentlessly worldwide. June 19th 1973 saw him take to the stage in Tokyo, Japan, playing a selection of previously recorded numbers and extended jams, in a show broadcast live across the region by NHK radio. Hi-Hat proudly presents the complete and definitive broadcast of Miles Davis; live from Shinjuku Kohseinenkin Hall, Tokyo Japan 19th June 1973. Dynamic and superior quality recording, professionally remastered with background liners and rare archival photos.