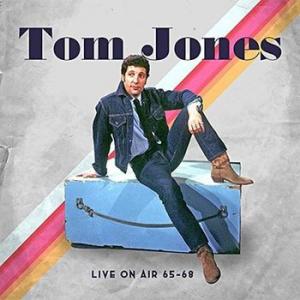 Tom Jones' journey from a small Valleys town Teddy Boy in South Wales to international superstar is both phenomenal and familiar to many. However, his recording career began in 1964 with local group The Squires whose regular visits to the BBC's Paris Theatre Studios chart a less familiar path for the world famous singer.

His powerhouse performances for the BBC and interviews conducted by host Brian Matthew, provide a fascinating account of a youthful Tom Jones who was only just starting out on the journey to stardom. Manager Gordon Mills would have to contain the raw energy for a wider audience in later years, but the sessions produced here featuring tracks exclusive to these sessions only, tell of a less polished but highly charged talent in-the-making whose passion for soul and R&B is prominent here.

London Calling very proudly presents Tom Jones, live at the BBC from his formative years as a raunchy rock 'n' roller in from 1965 to 1968. Professionally re-mastered original broadcasts with background liners and rare archival photographs.

4. Detroit City (with interview) 5. Land of a Thousand Dances