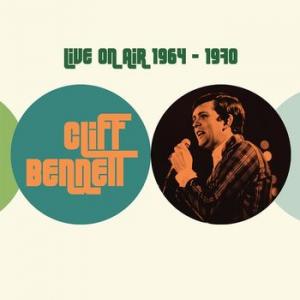 Cliff Bennett and his Rebel Rousers were the musician’s band. Aside from the Lennon/McCartney friendship, iconic names such as Chas Hodges, Nicky Hopkins and Joe Meek all played a key part in the development of, and story behind one of Britain’s best-loved soul bands of the 1960s. They were a hugely popular club act and as such, were invited to record for the BBC numerous times from 1965 to 1967. Bennett continued recording sessions up until 1970 when Bennett formed his new band Toe Fat. The volume of material recorded for these sessions is testimony to the boundless energy and talent of Cliff Bennett and the bands behind him.

As Cliff Bennett and the Rebel Rousers

As Cliff Bennett and His Band