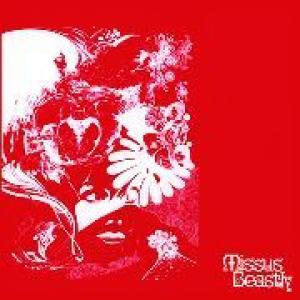 Missus Beastly from Herford were among the most famous German psychedelic and jazz-rock bands, with the most confusing history of all of them. Their first LP released on CPM in 1970 - without any title, just like the second LP in 1974 - had a beautiful red cover artwork and is traded today at around 1000 euros. A certain Henry C. From(m), pretending to be the band's manager, flutist and drummer, arranged for a re-issue, which was released under the title of "Nara asst incense" (OPP 5-32) with the same tracks in a different order and with a totally new cover artwork. When no legal action was taken against him, this man had the cheek to embark on further fraudulent ventures by recording another two LPs and releasing them under the stolen name of Missus Beastly. On top of that, a bootleg CD of "Nara asst incense" was released by Germanofon. The vinyl edition on Garden of Delights comes in the original red gatefold cover and with four-page insert in LP size.