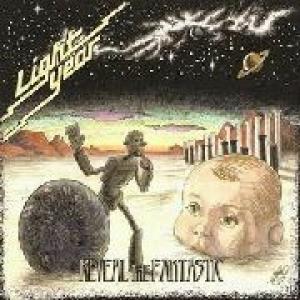 Light Year was formed in 1974, when drummer Zak McGrath joined forces with his friend and colleague, pianist Cornelius Williams, with the idea of putting together a band to play new music. They recruited Randy Sellgren to play guitar, who was also the guitarist on Mingo Lewis's album Flight Never Ending. John Yu, the bass player, brought Doug Johnson to play percussion (vibes, marimba, hand drums and other bells and whistles). The singer Sharon Pucci joined later to complete the ensemble. The band was fortunate in having a fledgling manager, Sandy Einstein, who later went on to success with Journey and Mr. Big. Einsteins energy and persistence secured Light Year gigs at the best clubs in the Bay Area, as well as the reviews reproduced on this site, despite the definite oddness of their music. The one thing the band could not achieve was a record contract.

This album, a posthumous collection of recordings finally seeing the light of day some 36 years after the event, kicks off with a crash and Giant Babies sees some furious guitar work from Randy and is an indication that if, like me, jazz fusion ticks all your right boxes, we're in for a treat. Sharon's melancholy lines in this song based around the refrain Don't forget my love do not prepare you for the outpourings of her soaring larynx on the next song, Zada. Some of you may be familiar with the renowned UK jazz singer Cleo Laine, and Sharon's voice, possibly starting from a higher point, puts me in mind of the British chanteuse. Probably the best vehicle for Sharon on the album is the poignant penultimate song The World, a lovely piece of work. She also gets to do some reasonable scat singing, especially on Buggy Cadavers (Nirvana would have killed for a song title like that!). The rest of the band certainly get to show their chops, which are up there with the best fusion bands of the 70s. Think Return To Forever meets Zappa at his jazziest, with a bit of Etheridge era Soft Machine thrown in for good measure. Buggy Cadavers features Doug Johnson, who gets to hit all manner of vibes and similar instruments. The Nocturnal Avenger Of Human Potential (another great title) might have been what Black Sabbath would have sounded like if their formative influences were jazz rather than blues. It rocks! The last song, the 20 minute Aura/Open Any Windows is a tour de force of jazz rock stylings and has a distinctly Black Napkins feel to it in the first 10 minutes or so, no bad thing indeed! The second half of this epic features mucho percussion and some nice scatting by Sharon, before leading into a keyboard led improv. Before I reviewed this album I had never heard of this band, and I can well see myself returning to the album again and again. If you're a fan of 70s jazz fusion, buy this and you won't be disappointed.