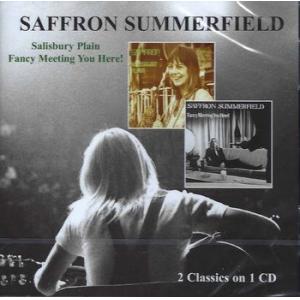 Central to the recordings are her voice and deftly skilled guitar work. With the exception of her celebrated rendition of traditional piece, The Dowie Dens O’Yarrow, and an intriguingly pacy and edgily atmospheric version of Eleanor Rigby, the songs are all her own compositions with a little additional harmonium and supporting guest accompaniment on guitar/vocals (George Norris), recorder/‘bongoes’ (Mick Rogan), cello (Alison Bailey), violin (David Gaster), piano/clavichord (Ian Armit) and some particularly busy electric bass from Laurie Rhodes.

Generally evocative of early acoustic Joni Mitchell in terms of guitar/vocal intonation and stylings, and also its poetic content and prevailing folk ambience (which unsurprisingly is charmingly of the period in its halcyon feel), there are definite undercurrents of her blues influences and several tinctures too of jazz and classical music. On songs such as Six Years Or More, with its plaintive cello support, and Lewis, there is an emotionally stirring and haunting quality of a timeless nature.

Saffron has subsequently released seven other albums and composed for film and other media output, increasingly blending her own music with ‘found sound’ in forms of audio-visual art, characteristically indicative of her enduring passionate interest in nature, landscape and the environment.