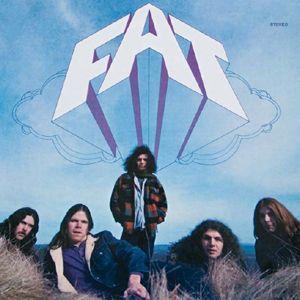 Extremely accomplished debut from this Massachusetts band, originally released in the US on RCA (LSP4368). Following the eponymous album's success, the band toured extensively as the opening act for the Allman Brothers. F a t 's mix of east coast blues and west coast psychedelia, strongly influenced by Quicksilver Messenger Service et al, could have propelled the band into the big time, but an unfortunate drug bust led R C A to cancel a planned follow-up album, and try as they might, the group were unable to secure another recording contract, although two further albums were released in the late '70s, both of which were produced by ex-Mountain man, Felix Papallardi. Over the years Fat toured with a host of rock luminaries, sharing the stage with, amongst others, Grand Funk Railroad, Little Richard, Bonnie And Delaney, Johnny Winter and Robin Tr o w e r, but unfortunately their success as a live band didn't translate into commercial success. This self-titled album is probably the finest of their recordings, and gives us a taste of just what might have been had the band stayed straight. Another excellent album that comes highly r e c o m m e n d e d .
Track listing: 1.House O(n The Corner 2. Black Sunday 3. Mine EyesHave Seen 4. Lonely Lady 5. Journey 6. Shape I'm In 7. Country Girl 8. Over The Hill 9. Duck Sweat 10. Highwayl