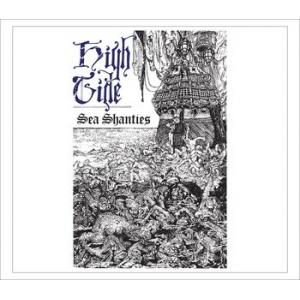 Eclectic Discs are pleased to announce the release of this classic album by the legendary
progressive / proto-grunge outfit High Tide.
In 1969, guitarist Tony Hill (ex-member of The Misunderstood, one of John Peels favourite bands of the 1960s) united with violinist and keyboard player Simon House, bassist Peter Pavli and drummer Roger Hadden to form High Tide. In an age of flourishing creativity the band produced two albums of wonderfully powerful doom laden rock music. A deal with The Beatles Apple publishing led to them a contract with Liberty / United Artists and the recording of the album "Sea Shanties", a stunning work that in hindsight is now regarded as being light years ahead of its time.
The Eclectic discs reissues include a plethora of previously unreleased bonus material. "Sea Shanties" includes three tracks recorded at Apple studios in March 1969 and the lengthy "The Great Universal Protection Racket" and "Time Gauges", recorded during sessions for "Sea Shanties".